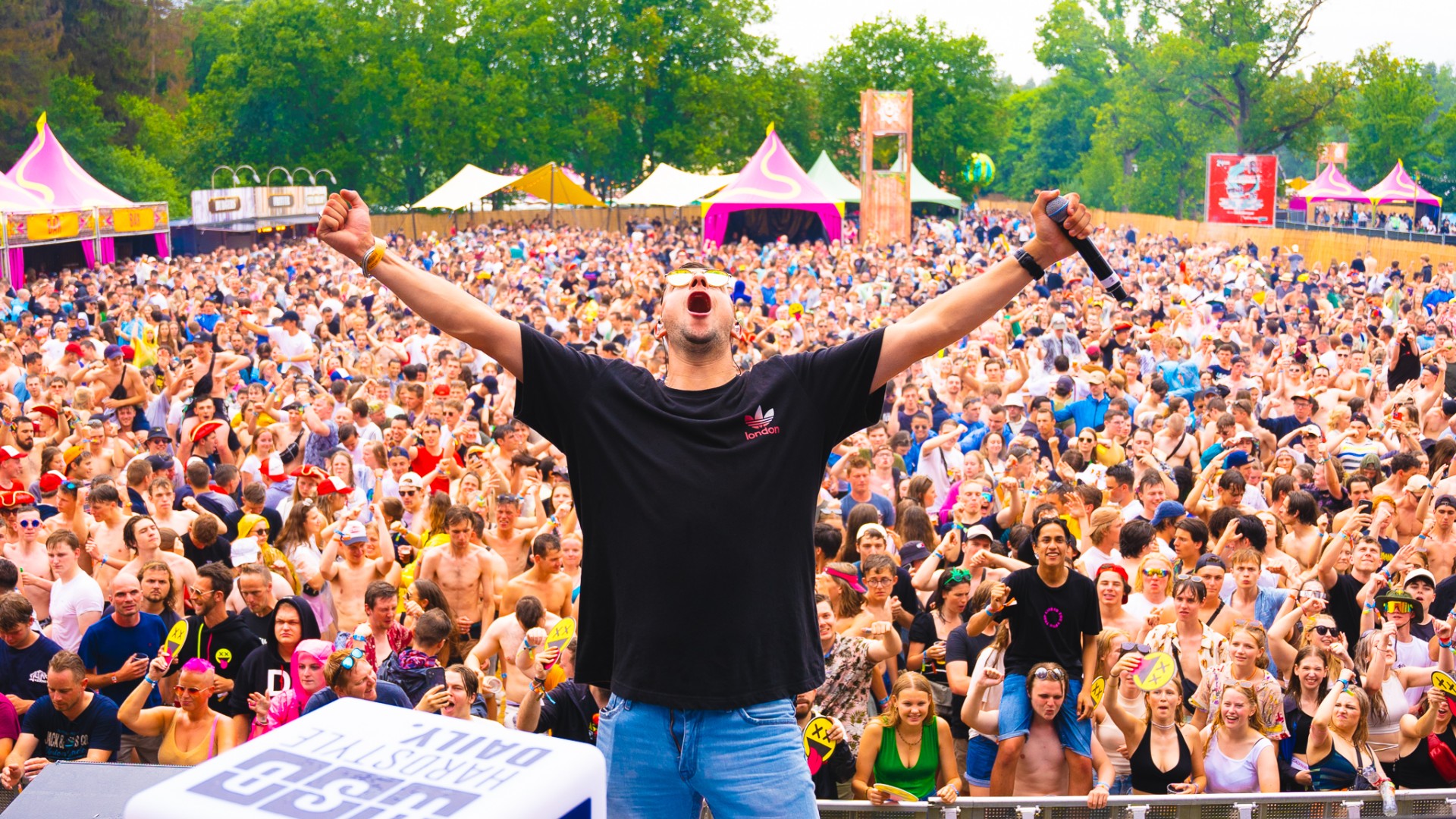 "Tellem unites the endeavors of Terence Helle, a dynamic wordsmith from The Netherlands with a deep-rooted connection to the UK."

Tellem unites the endeavors of Terence Helle, a dynamic wordsmith from The Netherlands with a deep-rooted connection to the UK. As an on-stage performer, Tellem has established a name through his energetic presence, impressive 6-foot-6 stature, impeccable English accent, cutting-edge sense of humor, and typical gentlemen etiquette. Though primarily regarded as an MC, his curriculum expands into vocalist-related activities and serving as a host for radio shows and live events. Distinct, all-round and futurebound – Tellem is a man in motion.

As a particle of a generation that marveled at the major MC’s in Hardstyle, Tellem’s point of origin lies within the crowd. It was in 2008 at Decibel Outdoor when he was first captured by that which unfolds on the artistic side of the equation. Several years later, it led him to venture on a path that would touch landmarks such as Q-BASE, Defqon.1’s RED mainstage, The Return of Headhunterz, Genesis, X-Qlusive Holland XXL, and coming full circle at Decibel Outdoor. By learning the nitty-gritty of the culture, Tellem has evolved into a voice to be reckoned with – a voice that, stealthily, has never left the crowd.

Apart from leaving a mark in the domestic sphere, Tellem has set out to break new ground.

Whereas the first cross-border travels brought him to Austria for Shutdown Festival and to France for Hardkaze Festival, Tellem’s current logistics amp up his air miles like never before. Over the course of the seasons, the MC has become a recurring addition to the performances of Noisecontrollers, thus widening his international scope. The two display a unique symbiosis that feeds on a passion for Hardstyle and the sheer fun that goes with sharing it on stage – with their fresh appearance at the Decibel Outdoor mainstage serving as a mere testimony. Legend has it that the story endures.

Tellem’s ambition also translates into exploring the airwaves. On a monthly basis, he gravitates towards the Q-dance headquarters to host their prestigious Hardstyle Top 40 – acquainting the listeners with the latest gems of the genre. Furthermore, in recent years, other related features included presenting the Defqon.1 livestream and moderating Hard Dance Event (HDE) as part of Amsterdam Dance Event (ADE).

Behind the curtain, 2019 has been an introspective journey for Tellem – an opportunity to rediscover his potential and redefine the direction to pursue. The fruits of this relocation are already shaping up on the horizon. Fueled by a new vision and branding, Tellem’s 2020 will be characterized by frequent appearances, international encounters, and authentic connections.